↓
Home→Coaching→Embrace Change and Connect The Dots 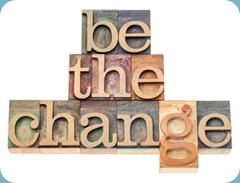 September 1989 and I was getting ready for the contest with the chorus I sang with at the time. In a few weeks, we would be on our way to Miami to compete, and Mission Valley Chorus would be representing Sweet Adelines Region 12. I was both excited and somewhat nervous, as this would be my first contest performance on the International stage with several unknowns. I happen to like having a sense of what is going to happen before a performance, as well as how the stage is going to feel—I was totally unaware of either set of circumstances.

This started out like any other Tuesday; leaving Napa about 3 pm, meeting Sue, my carpool buddy in Pinole, and then heading off to rehearsal in San Jose. We always tried to arrive by 6:30 just to make sure we were there early enough to take care of business, as well as have a few minutes to say ‘hi’ to friends.

However, that night we arrived close to 7 pm due to traffic, and as we walked in, most of the members were sitting on the risers…NOT normal. The atmosphere was heavy to say the least. We wended our way to our respective spots and then we heard the news no chorus member wants to hear. For personal reasons, our director Stan Neff was resigning effective THAT night.  But we were assured that we would be in good hands because our coach, Shirley Kout, was going to take over as interim director and take us to Miami.

However, to make this happen, our rehearsal night was also going to change to Monday as she was traveling between Texas and California each week and had rehearsals with another chorus in Dallas on Tuesdays. I can remember feeling slightly panicky, as so many threads that tied me to the chorus were tenuous enough; and now the director—the face of the chorus as I knew it—was leaving.

On a personal level I had made a lot of decisions to be involved with this chorus—two small children, a 2 to 3 hour drive each way to rehearsal, and the time at home to practice just because I loved the music and wanted to be a part of the excellence that I had seen and heard the year before in Houston.

That was just part of my story. There were about 100 other women with their own stories that made up this singing machine which had hung together for many years, even coming in at the top 5 at International, including a first-place medal.

Now what was going to happen? I feared overwhelming change. With six weeks to go, the package would have to change, and this included getting comfortable with a different director with both sets, six songs, dialogue, staging and about twelve hours to pull it together…not high on my list of “YEAH, THIS is fun!”.

There were also comments like, ‘that’s tough’ or ‘wow, bummer’ from others I knew outside the chorus. Not that anyone doubted the new director but, a major change so late in the game seemed beyond the thinkable.

However, that ‘holy cow’ experience, that ‘tough break’ mindset, and that ‘bad’ news nausea had several significant outcomes.

The first was a result of my own beliefs in limitations and conformities of misguided education. It’s truly silly how we can buy into someone else’s story and waste years pursuing other endeavors. For example, I am left-handed. Some 40 years ago there were plenty of schools where choral directing must be conducted primarily right-handed, and though I could keep time with either hand—directing wasn’t something I was willing to work on with my right hand in addition to everything else that goes with the art.

I’m directing today because Shirley was left-handed and I didn’t even notice it until there was a sync issue with the chorus and she brought it to our attention. It’s was one of those “ah-ha” moments when you realize that, like the commercial, “I coulda’ had a V-8”. I could have been directing outside of my church life all along.

Second, a silver lining had been created between so many events in our lives. The ‘bad news’ that Stan resigned created a void, so that the chorus needed a new director, and subsequently (or concurrently as may have been) Shirley agreed to step in but, in order to carry forward we needed to change our rehearsal night. It was a major shift for many families as everyone had to adjust their schedules accordingly. That was all the bad news.

The silver lining had still to show itself and I didn’t know it yet.

Fast forward several weeks to October 17, 1989, 5 PM. It was the day after our last Monday night rehearsal at home. I was in my living room reviewing the recording from the previous night’s rehearsal—last minute refinements that needed reinforcement for “Kiss Me One More Time”.  Suddenly I noticed that I was feeling seasick. Seasick in my living room. Really? I had some glass wind chimes hanging inside that were tinkling – without the encouragement from any wind. The floor was rolling and I realized that there must have been an earthquake so I flipped on the TV to see if it was on the news and…nothing. All I saw and heard was the old TV snow or white noise. Change the channel and it was the same result. That didn’t make any sense and I wondered if our cat had played with the cables so I checked and they were fine. A few more channel changes and finally a news channel was broadcasting from a station using generator power saying that San Francisco had just been at the heart of a major earthquake.

Mind you, had that had that chain of events regarding Stan’s resignation not happened I would have been on the Nimitz Freeway, having just passed through the SF Bay Bridge. More specifically, with dozens of others that died that afternoon on the section that collapsed. Obviously, I wouldn’t be here writing this today. So that event 6 weeks prior was not bad at all. 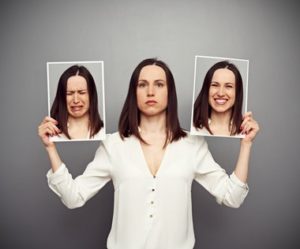 All the upheaval in our lives, all the changes that we struggle with or against, are by our own making. We have the choice as to how we perceive their effect on us. We give each event significance based on our beliefs, our history and our perception.

By its very definition, growth requires change. As Benjamin Franklin said, “Without continual growth and progress, such words as improvement, achievement, and success have no meaning.” If we’re not growing, we’re decaying.

Change may be uncomfortable and when that happens we must to look within to find lasting answers. Even the death of a loved one doesn’t have devastating repercussions as long as we take the time to let them know how much they mean to us, and we are open with our conversations. And I mean really communicate from the soul.

We have all been blessed with free will so it is our choice as to how we project our thoughts on the events that surround us. It will have an adverse or dis-stressing result if we see a need for change and do nothing to rectify the situation. That doesn’t mean we need to take every world event as our own personal crusade. Just start within and the changes will be reflected without.

It all starts with communicating – thank you for reading!