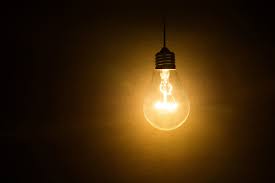 Much has been written and talked about success and how to achieve it. There are thousands of books, seminars, and coaching programs on the topic. Each of them claims to have some secret to success. But what it boils down to is this.

If you keep going until you get it right, you will succeed. Tenacity and perseverance then are the real key to success in any area of your life.

Failure, or more precisely the fear of failure, is often what holds us back. We’re afraid to mess up and don’t start in the first place. Or we tackle a new project, work towards a new goal, and then give up because our initial failures seem to indicate that this just won’t work. What we need is a change in mindset about failure. Let’s look at another successful inventor and entrepreneur – Thomas Edison. He’s most famous for the invention of the light bulb and the process he went through to make it the smashing success it has become, has a lot to teach us about the power of perseverance.

Edison when through well over 2,000 different filaments to find the one that would work reliably while being cost efficient and easy to manufacture. While that doesn’t sound like an insurmountable number of different things to try, you have to remember that each trial would take quite a bit of time. Light bulbs for each type of filament had to be made and tried. In other words, each of those 2,000 filaments represents days, if not weeks of worth. Did Edison give up on his light bulb idea after 100 failed tries? After 500? After 1,000? After 1,999? He didn’t. He kept working away on it, trying different types and kept at it until he found his winning combination.

Embracing perseverance in this way allows you to get in lots of practice. You’re giving yourself permission to practice and try things without the need to succeed on the first go. And you know how the old saying goes. Practice makes perfect.

The more you put yourself out there and try new things, meet new people, and say yes to new projects and challenges, the more practice you get. As a result, you get better at what you do. This attitude towards perfection (or at least improvement) through lots and lots of practice, combined with perseverance makes for a winning combination.

Take it from Thomas Edison and hundreds of self-made entrepreneurs since him. Perseverance is the true secret to success in life. When you think of the successful people around you or the times in your own life that you’ve tasted success, chances are that they are all great examples of tenacity and perseverance. Use them to motivate you to keep going when life get tough and you’re considering giving up and calling it quits.