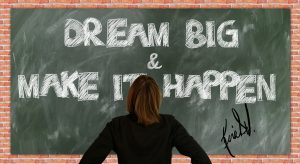 We choose our own beliefs.

There’s nobody sitting behind you with a gun pointed to your head telling you to believe certain things. There’s nobody threatening to kill you if you don’t believe you are worthless, incapable, and not up to the job.

Nobody’s forcing you to be miserable. I know that that’s an uncomfortable thing to hear because we’re human beings. We’re trapped in a prison of weak flesh and we would love to have somebody or a situation to blame. It’s hard when we realize the only place we have to look is inside.

You choose your beliefs and these are the foundation of your reality. They are the lenses which you used to filter out reality. Those same lenses are what you use to read reality. They’re not forced on you. You’ve voluntarily assumed them. You always have a say.

But how do you cope when you know it’s coming from inside? How to Fight Back?

How do you fight back against your toxic beliefs? It all boils down to being more critical. This doesn’t mean that you have to turn into some jerk or asshole but it means that you have to be more skeptical.

Don’t think things have face value. Somebody might say something is right or true but filter that information through your experience. Use your logical reasoning facilities.

Unfortunately, many people are lazy because if somebody we know who we love and respect says something or make a truth claim, we are more likely to pick up on what they say and assume that it’s true.

Why? In the back of our heads, we have chosen to see that person as someone who experienced many things and as someone who has achieved credibility and authority in our mind, so why do the heavy work and be skeptical of what they say?

Basically, you transfer the time, effort, and attention to detail that you invested in developing that friend or mentor to their claims.

This is a problem because people make mistakes all the time.

People say the stupidest things all the time and if you are mentally lazy and adopt what someone else says wholesale and absorb it, there will be a problem. Maybe they’re saying something that’s true to them personally, but it’s not some universal truth that applies to all people across the board.

When you do that you stop people in their tracks. You keep them from taking leaps of faith in their argumentation. Mature, very balanced and advanced thinking people would appreciate that because they understand clean logic. They understand a clean progression of argumentation in their mind.

However, people who are lazy or insecure may attack you and that’s okay. Be prepared for that. But never be afraid of asking to look at first principles because, if you do you will be the victim of giving away the power to determine your own future.

Do not assume. Don’t be afraid to look at the premises behind their conclusion because there might not be a good logical fit.

The bottom line to all of this is that if you adopt the mindset of critical thinking and refusing to assume things you will be in a position to choose your beliefs. You will find you have the power to change your life.

You really do. Why? You actively make your beliefs work for you instead of against you.

Learn how to craft your beliefs so they are beneficial to you and you will be serving yourself, the people depending on you and the world at large as you fulfill your unique soul purpose.